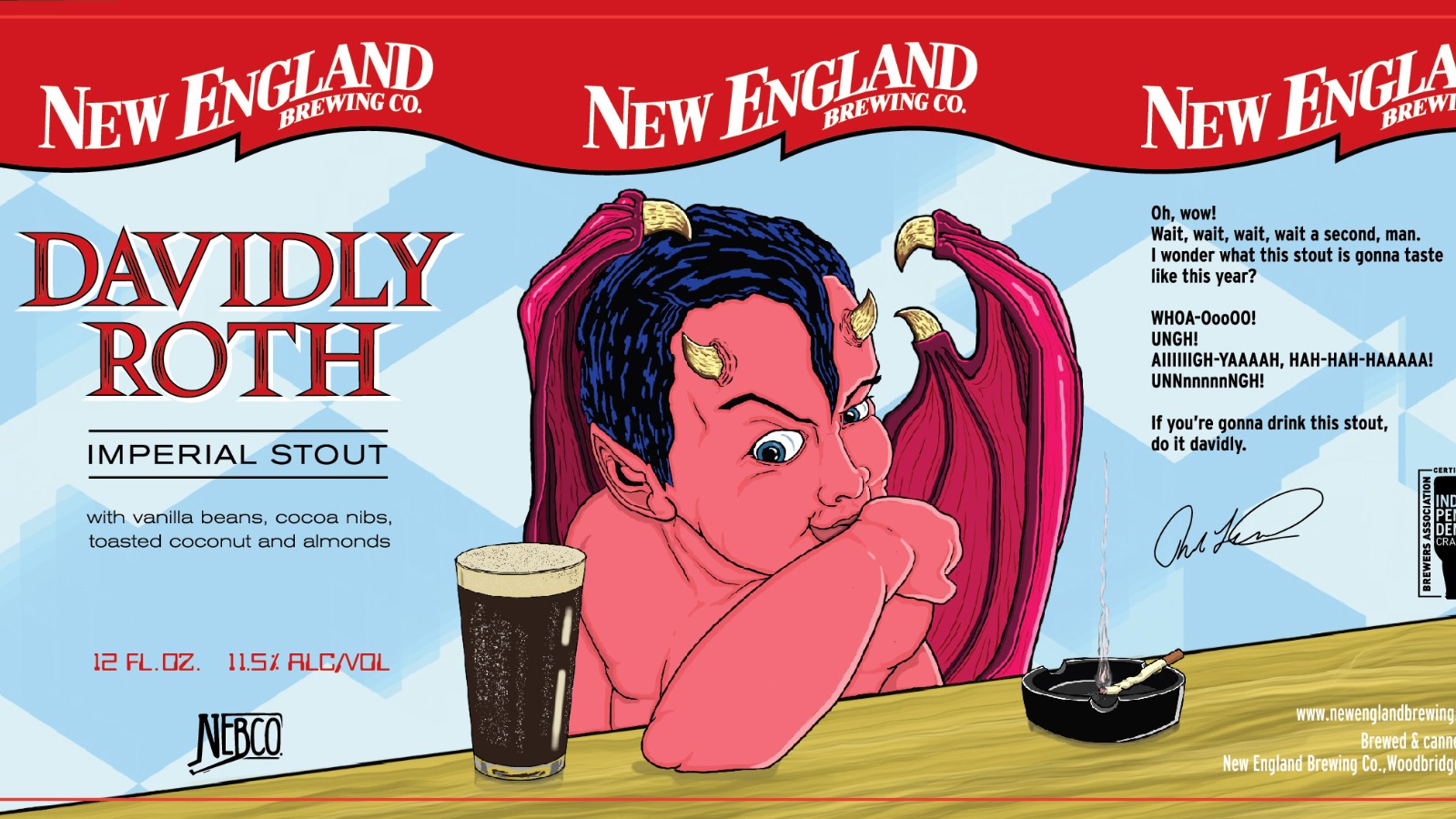 There are times the brew team has a name all set and all that’s needed is some correlating image.

Gather the young ones and wake Nana and Pop-Pop. It’s time for another installment of “Craig Gabs About NEBCo. Labels”.

When it comes to naming beers here at NEBCo, there’s a couple ways we do it.

There are times the brew team has a name all set and all that’s needed is some correlating image.

There are other times the team brews a style of beer and there’s no name for it. Then it gets kinda fun.

There’s an audible “click” and the switch is thrown on the Beer Name Generator in my head. Multiple dozens of names start spilling out of my gourd and I write them down in a notebook as fast as I can scratch them.

Eventually, the hundred or so names get whittled down to a solid few dozen (all with corresponding images circulating in the folds of my gray matter). And those are voted on by the staff to select a winner.

Over time, there are a small handful of names that seem to pop up on nearly every voting ballot. One of those longest-running names for consideration has been “David Lee Roth”.

On Facebook, we posted a video where you'll be able to see how I convinced the guys upstairs to finally approve the name. You'll see 100% REAL security camera footage so make sure to watch!

Drink it, it's good.