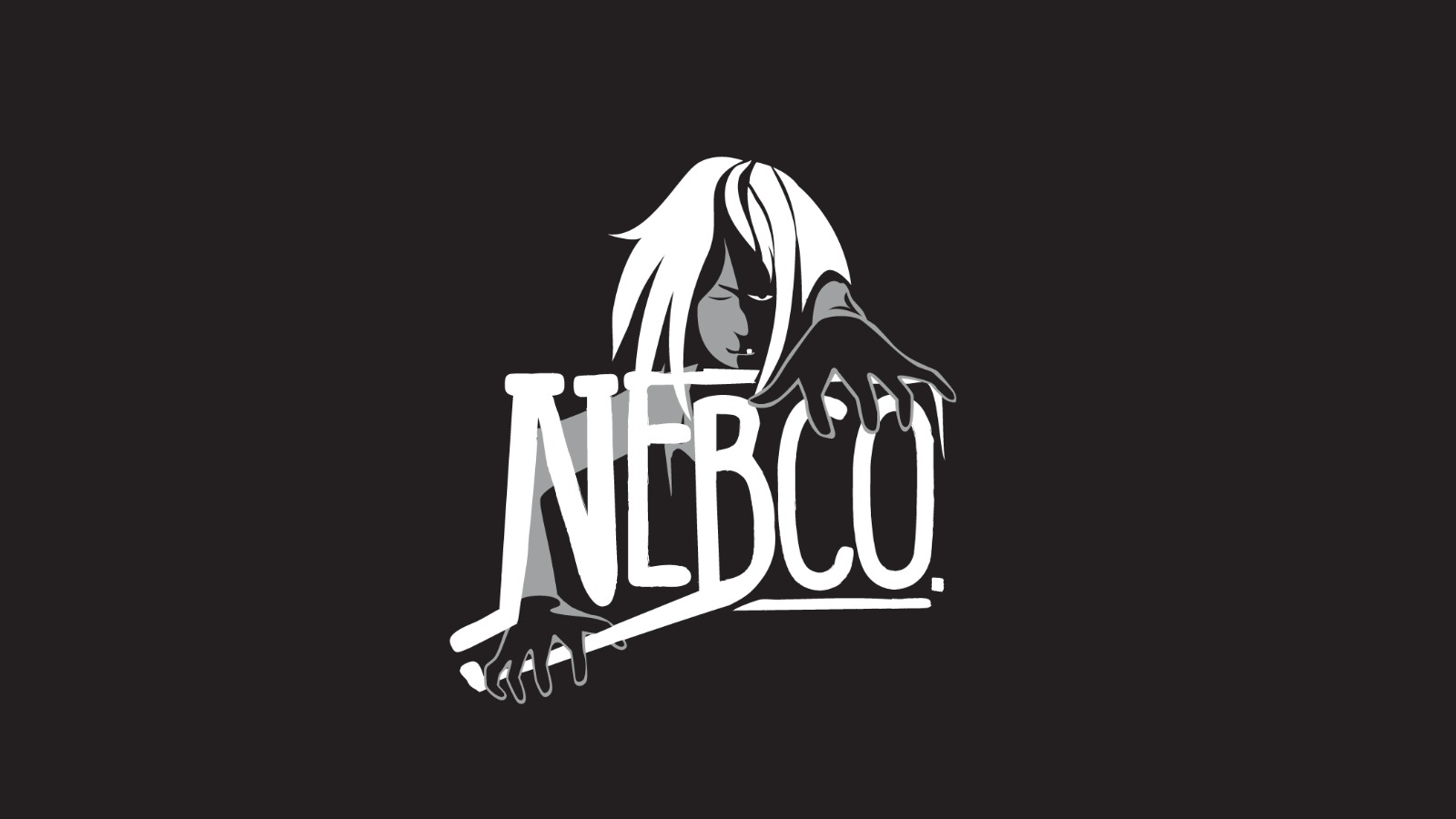 The Legend of Sea Hag

This is the second of a series of blog posts. The focus of these monthly posts are to show how certain NEBCo beers came to be.

In 1783, the self-knighted Sir Robert Henway arrived in New Haven and married a young barmaid named Molly. An unscrupulous character with a charismatic personality, Henway came into legal trouble when it was discovered that the land he was selling in the “South Haven” area of the colony to wealthy importers was in fact the waterway that would later be known as Long Island Sound. Henway escaped aboard a ship headed for India, and it is believed that his wife Molly stowed away the vessel as well to get away from the angry mob of investors and be with her beloved husband. During the voyage, Molly mysteriously disappeared. Rumor has it that Henway, in a drunken rage, threw her overboard. Legend goes that Molly’s spirit remains in the New Haven harbor to this day, as the Sea Hag.

“Rain has fallen now for twelve days henceforth my post at Long Wharf Port proves tedious indeed. Last night I encountered a dreadful fright yet I fear to speak any utterance of this unnatural spectre and yet I fear that lest I spill last eve’s events onto this page I may go mad. As my sore eyes peered across the hazy sound I spotted the visage of a ship yet as the misty form came closer I recognized the shape of a lady. I traversed a stretch of rocks to help the lady ashore. As I neared her I was stricken dumb with fear. It was no lady at all but a twisted and horrible countenance. My limbs were frozen and I heard a piercing sound within my skull as I tried to turn away the horrible witch slipped into the sea.” — a firsthand account from a journal circa 1810, kept by a Long Wharf dock worker. (Source: seahag.wordpress.com )

Rob Leonard, owner/brewer of New England Brewing has been brewing a pair NEBCo classics for a couple of years — Atlantic Amber and Elm City Lager. The current trend in beer has become big, bitter, west coast IPAs. Rob has an idea for an IPA of his own — the first NEBCo beer that would reflect Rob's personality and the future direction of the company. This beer would go against the trend of 100 IBU, ultra hop-focused IPAs. The idea for this new beer was an IPA that had a balance of malt and hop character. American Cascade and German Hallertau hops, British 2-row and crystal malt, Munich & Melenoidin specialty malts from Germany, and a clean American Ale yeast. Keeping with the nautical theme of NEBco's past, the Sea Hag IPA is born.

Serendipitously, Rob was contacted by a small New Haven-based marketing company, Heavy Bag Media. HBM was lacking a beer brand in its portfolio and wanted to work with NEBCo on a website and marketing plan. Rob and HBM dreamed up a full-fledged mythology featuring a maritime sea witch — the Sea Hag.

Yes. Sorry to break it to you. The legend may seem old and authentic, but it is a fictional tale.

A blog was created (link above), ran by a fictional Yale graduate student named Susan Anderson with research and theories about the Sea Hag. A Wikipedia page followed. Fliers were posted around New Haven featuring blurry photos and scrawled handwriting, "This is Creepy!" with a local phone number. When you called the number, it played a scratchy recording of a distress call from a boat captain: "A woman is out here in the middle of the ocean, she's sitting on a rock!".

None of the posts or messages linked the legend of the Sea Hag directly with the brewery's IPA. This was intentional. It created mystery and intrigue, but also grew brand name awareness during a time when NEBCo had little money to spend on a traditional marketing campaign.

The Sea Hag brand grew quickly, becoming 75% of the brewery's production less than a year after the brand launch. Rob and a crew of volunteers cranked out cans, filling two at a time on a manual two-head canning machine. On a good day, 80 cases could be filled. Rob estimates 500 barrels (just over 15,000 gallons) of Sea Hag were sold the first year—in cans and at 15 draft accounts. That number doubled on year two. (As a point of reference, NEBCo currently produces 500bbl of Sea Hag approximately every two weeks.)

2007 through 2008 were lean years for the brewery. Hop shortages led to recipe changes. These included the use of hop extracts, English hop varietals like Fuggles, and Moravian base malt that Rob purchased from "A weird guy in an old beat-up Volvo" who would show up at random times to the brewery. Beer was being shipped to 8 states, reaching as far as Minnesota and Florida, just to get all the product sold and to keep the lights on. Despite these tough years, and significant variations in the finished beer, Sea Hag continued to be Nebco's #1 brand.

In 2009, the craft beer scene was on the upturn. Rob was able to hire additional staff to join the team. Hops became more plentiful, including new varieties from the Pacific Northwest, featuring higher alpha acids, and Myrcene oil content — creating intense citrus and pine characteristics. Rob and his crew took advantage of these hops, and tweaked the Sea Hag recipe to feature a more west coast hop profile. Sticking with Pilsner as the base malt (not from the Volvo dude...), and specialty malts from Germany. Sea Hag was starting to closely resemble the version known today.

The brand continued to grow at Selden Street. New fermenters were added, and additional production staff was hired to help meet demands. Brands like Gandhi Bot and 668 were created and canned to supported Sea Hag in the market. By year end of 2011, NEBCo had grown to approximately 6,000bbl of annual production, with Sea Hag holding strong at 75% of that output. There was no additional room for expansion at the small building on Selden, so NEBco secured a new space right across the street, at 175 Amity Rd. 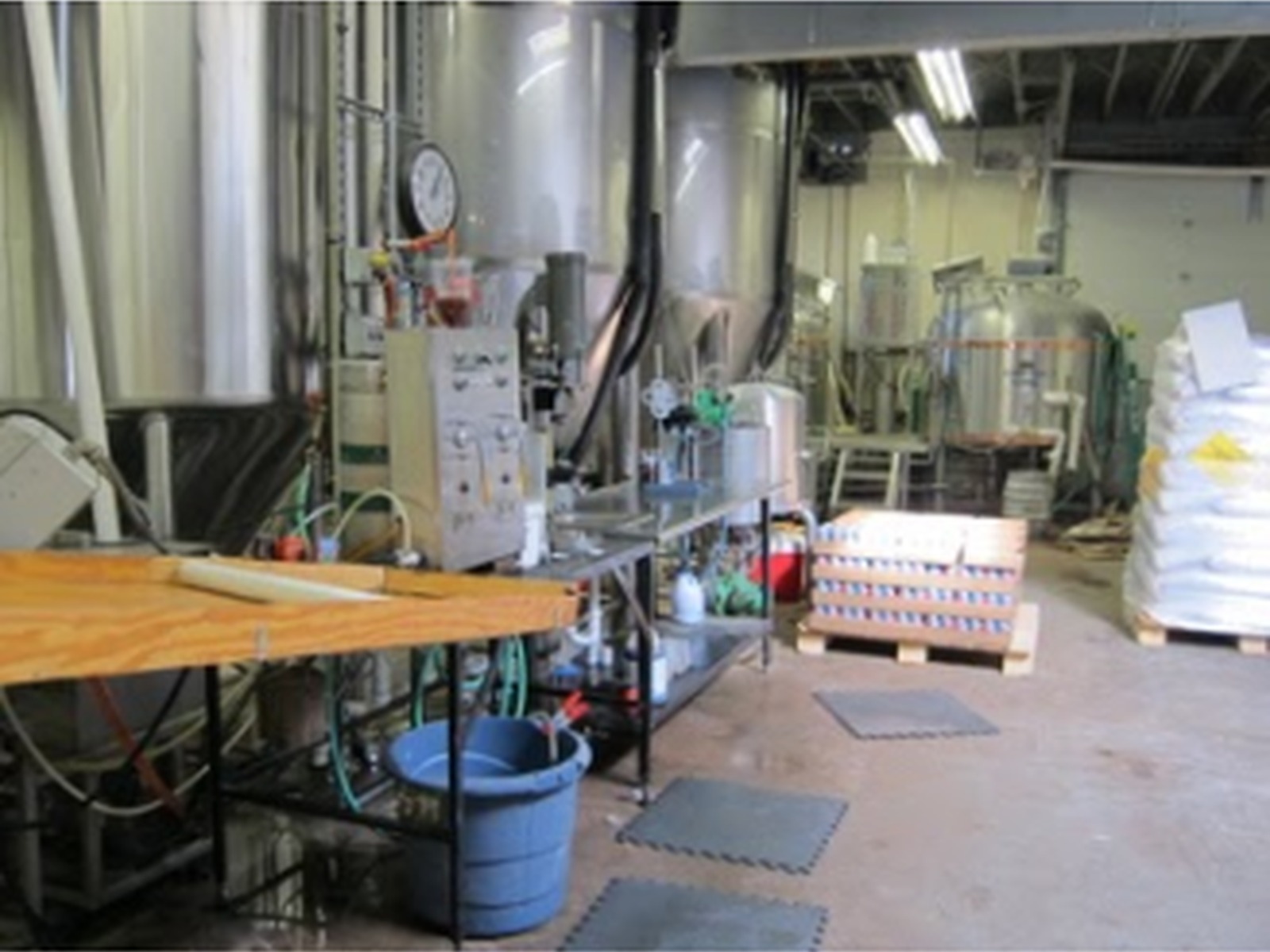 In 2012, the new building was opened, with a brand new 30bbl brewhouse — twice the size of the original (which now resides at Brewport, in Bridgeport). The two-head can filler was replaced with an automated five-head filler. More fermenters were added. By year’s end, production grew to over 10K barrels, and the local demand grew to the point where NEBCo was a Connecticut-only brand for the first time in several years.

Through the next few years, as the company grew, Sea Hag continued to evolve. Hops like Amarillo and Citra were added to the mix. Late kettle and Whirlpool hop addition became more the focus and the dry hop additions grew (today, Sea Hag's dry hop is around 10 times bigger per barrel than the first version!).

It's now 2020. Times are changing, but some familiar trends are playing out at NEBCo — lots more fermenters, we are out of space (again...), and cans are still being cranked out every day via an even larger canning line. We've double in production since opening this building. Throughout all this, Sea Hag remains the majority of that output.

A true flagship is rare in today's craft beer landscape. We are lucky to have that brand that has stood the test of time and is loved by so many people. It's a beer that's evolved throughout the years, stewarded by all the talented people that have lovingly produced it — yet is still reflects Rob's original concept for the beer, almost 15 years later. 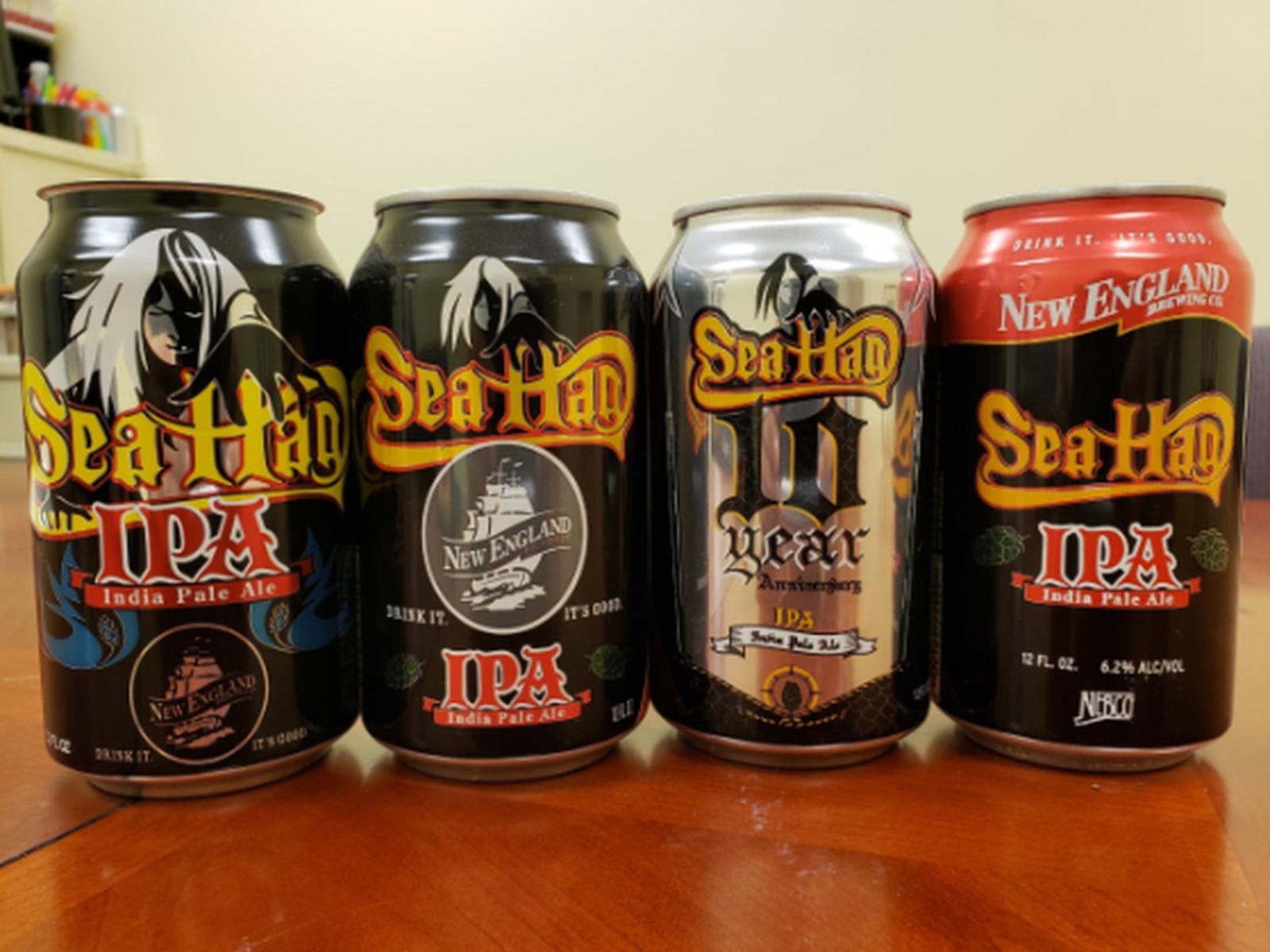 Thanks for loving Sea Hag as much as we have all these years. In such uncertain times, I take comfort in having a stalwart brand like Sea Hag in my life, and I hope you do, too!