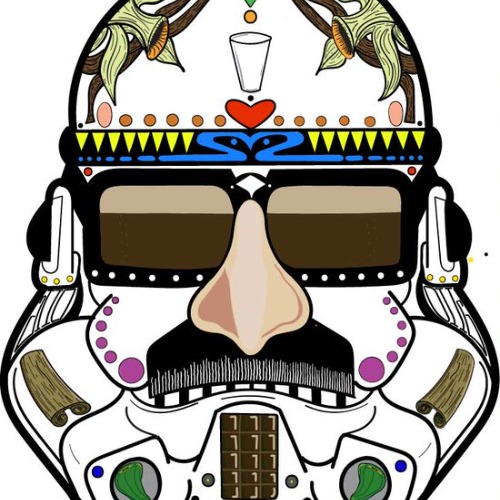 Another installment of variations on our Imperial Stout Trooper, this one draws its inspiration from none another than Mexican chocolate cake. A pungent aroma of cinnamon hits you in the face with a luscious chocolate vanilla in the back. Tasting it leaves the cinnamon in the back with the cocoa and vanilla coming in playing nicely with the roast coffee and chocolate notes from the stout. After your first sip settles, a nice little hellp from the peppers comes in late but not forgotten.